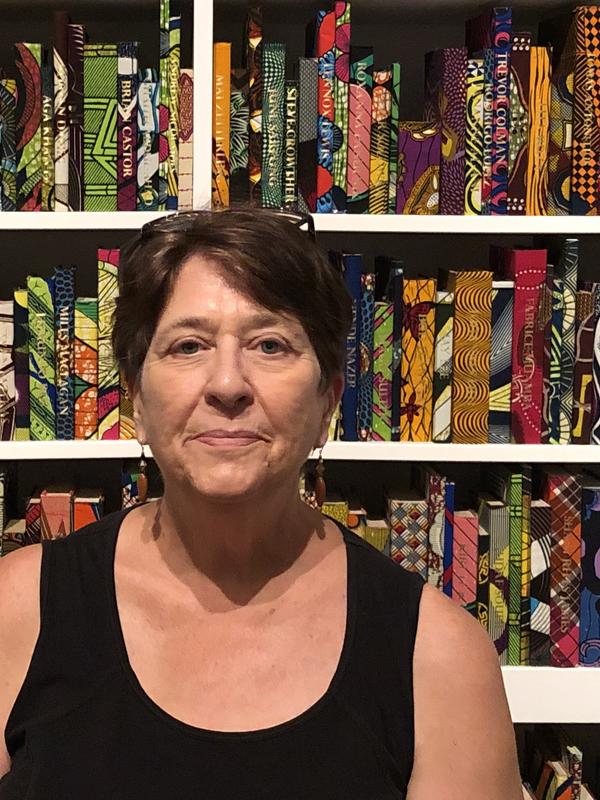 Lesley Sharp is also a Senior Research Scientist in Sociomedical Sciences the Mailman School of Public Health, Columbia University, and a Fellow of the Center for Animals and Public Policy of the Cummings School of Veterinary Medicine of Tufts University.

Sharp is the winner of several recent awards, including a 2020 Guggenheim Fellowship https://www.gf.org/fellows/all-fellows/lesley-a-sharp/; and, in 2019, the Wellcome Medal for Anthropology as Applied to Medical Problems by the Royal Anthropological Institute of Great Britain and Ireland https://www.therai.org.uk/awards/prizes/wellcome-medal-for-anthropology-as-applied-to-medical-problems/, alongside the MASA Graduate Student Mentor Award of the Society for Medical Anthropology of the American Anthropological Association http://www.medanthro.net/about/sma-awards/masa-annual-graduate-student-mentor-award/.

A medical anthropologist by training, Sharp is most concerned with critical analyses of the symbolics of the human body, where her research sites range from cosmopolitan medical centers and research laboratories within the United States and other Anglophone countries to urban centers in sub-Saharan Africa.

Sharp’s early research (1986-1995) addressed the power of spirit to mediate the suffering, displacement, and economic struggles of migrants and locals within a booming plantation economy in northwest Madagascar. She returned to this community in the mid-1990s to examine still other afflictions that erupted during a tumultuous transition from isolationist socialism to a capitalist model of governance, where the historical and political consciousness of Malagasy school youth defined a provocative framework of analysis.

Since the early 1990s, her research has addressed the ethical and moral consequences of innovative medicine and science, where investigative domains include the ideological and embodied consequences of organ transplantation, procurement, and donation as transformative experiences among involved parties in the United States; the imaginative and temporal dimensions of innovative and highly experimental transplant technologies, with specific reference to xenotransplantation and mechanical heart design in various Anglophone countries; and, most recently, the ethical, alongside everyday moral, consequences of human-animal encounters in experimental laboratory research.

Sharp is the recipient of numerous external grants and four teaching awards. Her book Strange Harvest won the 2008 New Millennium Book Award of the Society for Medical Anthropology; and her article “Death and Dying in Carceral America: The Prison Hospice as an Inverted Space of Exception” won the Inaugural Leah M. Ashe Prize for the Anthropology of Medically-Induced Harm, awarded in 2022 by the Society for Medical Anthropology. At Barnard, she is the recipient of the Tow Family Award for Innovative and Outstanding Pedagogy, a Presidential Research Award, and previously she held the Ann Whitney Olin endowed chair in Anthropology.

Bodies, Commodities, and Biotechnologies: Death, Mourning, and Scientific Desire in the Real of Human Organ Transfer (Columbia University based on the 2004 Leonard Hastings Schoff Memorial Lectures)

Strange Harvest: Organ Transplants, Denatured Bodies, and the Transformed Self (University of California Press, 2006); awarded the 2008 New Millennium Book Award by the Society for Medical Anthropology.

The Sacrificed Generation: Youth, History, and the Colonized Mind in Madagascar (University of California Press, 2002)

The Possessed and the Dispossessed: Spirits, Identity, and Power in a Madagascar Migrant Town (University of California Press, 1993)

2017 “The Moral Lives of Laboratory Monkeys: Television and the Ethics of Care,” Culture, Medicine and Psychiatry, special volume on “Moral and Other Laboratories,” T Kuan and L. Grøn.

2016 “Sharing Amidst Scarcity: The Commons as Innovative Transgression in Xeno- and Allotransplant Science,” IN Bodily Exchanges, Bioethics and Border Crossing: Perspectives on Giving, Selling and Sharing Bodies, Erik Mamqvist and Kristin Zeiler, . London and New York: Routledge, series in Studies in the Sociology of Health and Illness, pp. 87-101

2015 “Ethnographic Burnout, Spirited Curiosity, and the Search for the Uncanny in Realms of Human Organ Transfer,” Biosocieties 10:264-7.

2011 "Hybrid Bodies of the Scientific Imaginary,” for entry on "Hybridity," Companion to the Anthropology of the Body and Embodiment, Frances Mascia-Lees, ., Companion to Anthropology Series, pp. 262-275, Wiley-Blackwell.

2001 "Commodified Kin: Death, Mourning, and Competing Claims on the Bodies of Organ Donors in the United States,” American Anthropologist 103:112-133.

1995 "Organ Transplantation as Transformative Experience: Anthropological Insights into the Restructuring of the Self" Medical Anthropology Quarterly 9:3:357-389.

Professor Lesley A. Sharp Wins the Society of Medical Anthropology’s New Award that Focuses on the Limits of Health Care

Professor Lesley A. Sharp Publishes Research on the Hospice Care of Terminally Ill or Aging Inmates

Professor Lesley A. Sharp Publishes Research on the Reality of Lab Animal Research and Human Behavior